Do you know how to buy land on the moon? 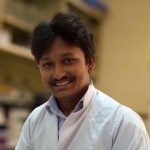 Who is the owner of the moon?

According to the moon agreement in 1979, no country in the world can claim ownership of the moon. But, there was word about an individual or normal life leading citizen. And it was the largest, mistake of this agreement.

However, some people said against him. Because without a government, no one can sell the property. So Mr. Dennis Hope has made a government for the Moon. Not only that, he has made a flag for the moon too 😜 !!

Actually, Mr. Dennis Hope was a seller of shoes and made a huge loss in his business. He was depressed and trying to move on with something. Selling property was the 1st business idea on his list. But unfortunately, He had no property. Then he saw the sky and found the moon. Then he had started to read all the books, journals & news on the Moon Agreement.

How to buy land in the moon?

Mr. Dennis Hope has established a company named Lunar Embassy to sell his property, I mean the land of the moon. You will be surprised to know that company has 3 branches in three different countries: The USA, Japan & Korea!

However, to buy property, you just have to go to the official website of the Lunar Embassy and follow the procedure.

Hire Me, Our Team will Handle Your All Task

I’ve been working as a freelance email marketing consultant since 2012. During my consultancy career, I have worked with a lot of startups, small and medium businesses. There were some awesome large companies also.

Read Our Top Article: Email Marketing: How to stop emails going to junk?

Do you know how to buy land on the moon?

Email Marketing: How to stop emails going to junk?